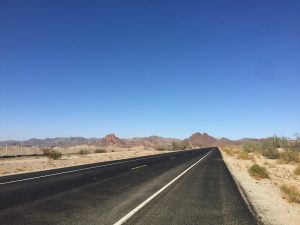 Imagine being on the seat of a motorcycle with the air whizzing past very quickly while the road feels smooth and urges the motorcyclist to add to their speed. It’s very tempting, and the rider gives in to the temptation and causes a new roaring of the engine as it responds to the new speed. Cars, trucks, and also people have no option but to make way and acknowledge that the Road King needs its accorded respect. This is just but a brief experience to what can be fully felt when one is riding on the Harley-Davidson Road King motorcycle.

The Road King first hit the market in 1994. It was Harley’s successor to the Electra-Glide Sport. The roots of this ultimate bike can be traced as far back as 1941 when the Big Twin, or FL, with the 74 cubic inch Knucklehead engine was first produced.

The 1994 model Road King hit the market with similarities in design to the Electra Glide, namely saddlebags and a windshield. It had a characteristic large retro lights that were very unique. The engine’s had 60 horsepower at 3600 rpm, and it made quite a statement to bike enthusiasts.

The Road King’s sophistication was increased in 1996 when fuel injection with the FLHRI model designation. Then a touch of class was added to the bike in 1999 when a leather saddle bags were introduced, and this also led to the emergence of the Road King Classic.

The hallmark of a good motorcycle are consistent developments over time that should make it more suitable. Accordingly, the Road King Custom was introduced in 2004 with a 28.3 inch seat height, which was the lowest among all previous Road King models. The Custom also boosted of beach bar handlebars and harder leather wrapped saddlebags.

The 150th year anniversary of Harley-Davidson Company was celebrated in 2008, and the Road King saw slight modifications as part of this occasion. Laced wheels, whitewall tires and tooled leather seats were among the main highlights of the anniversary design.

The motorcycle’s engine was given a huge boost in 2012 when a new 1690 cc Twin Cam 103 engine model was introduced to that year’s Road King models. The Road King’s power, class, and speed were again increased in 2017.

As a touring bike the road king’s design is tailored to give an assurance of comfort to the rider. The leg forward position suites a rider well especially for long rides.

The passenger enjoys the floorboard type footrests hence they are comfortable. The road king is therefore comfortable for two.

The bike is also equipped with fairings and a windshield that lowers the effect of air drag and protect the riders from air borne hazards respectively.

Luggage handling is accounted for with the hard saddlebags which are in place.

The twin cam engines in place in these bikes has quite a substantial engine capacity, with efficient cubic centimeters (e.g. 1584 for the FLHR) the bikes have sufficient torques and midrange boosts.

Models of the road king boast of sound chassis which improve their overall performance. Size and weight of these bikes is fair given the fact that they are touring bikes, this makes them well suited for withstanding the air currents while on the road. Speed is the least concern for the king!

Concerns have been raised for the prices and associated insurance levels for these type of motorcycles being high. Turbulence against the helmets at high speeds occurs more often than not.

Over the years the road king given its features and consistent development has earned many admirers not only in the country of origin (USA) but also in other parts of the globe.

It is common knowledge that the fire and police departments in America are among the users of the Harley Davidson bikes.

This speaks a lot on the bike’s popularity. Bikers groups, gangs and individuals have more often than not declared their love and admiration for this bike.

The strength and power for long travels and its ability to take on mountains has made it among the favorites choices for long distance touring. Members of this royal family (Road King models) have also been spotted in Dubai, United Kingdom, Australia, and Africa among other places in the world.

This bike’s fame is also seen by the number of times it has been used in the movies as seen in the Jackal and The Interpreter. Denzel Washington’s Déjà vu used the king of the road. Keifer Sutherland, CTU team and their villains were seen using these motorbikes in 24 (TV show).

Why Buy a Road King

Strength, comfort, class, speed and history among of the exquisite features are rare to exist mutually unless the subject is the Harley-Davidson motorcycle.

They come in all colors and are best adapted for any terrain. From major cities to the quiet towns these bikes fit.

Testimonials from loyal riders of the road king are all over the internet, each speaking nothing but positive things. While cost can be a major stumbling block to having this bike, the point of remembrance is that good things especially in automobile industry always come at a cost. The road king is worth the risk!

In a nutshell, the emergence of the road king in 1993 was an event which should have come earlier! The Harley-Davidson bikes have revolutionized the biking world in ways in which words cannot fully define; a riding experience is the only thing that can give a full description of such a worthwhile experience.

From America to the rest of the world shouts of “long live the king of the road” abound!